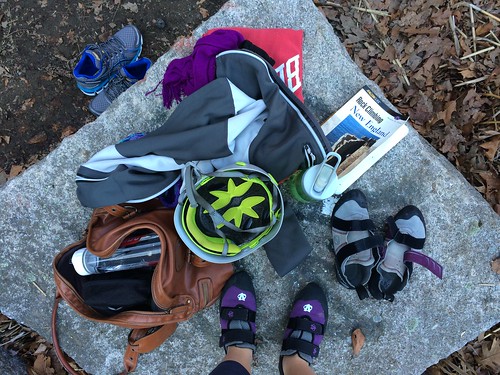 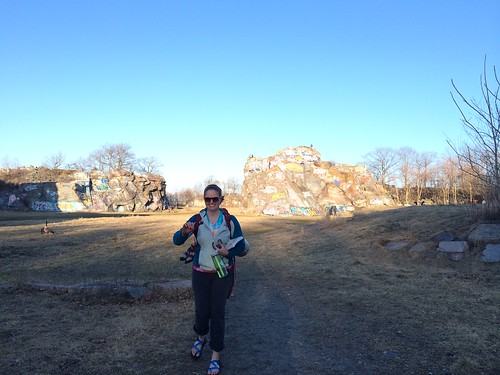 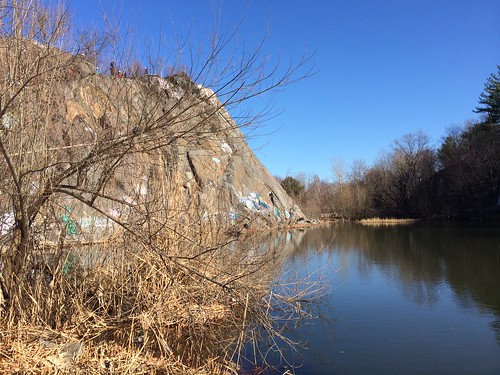 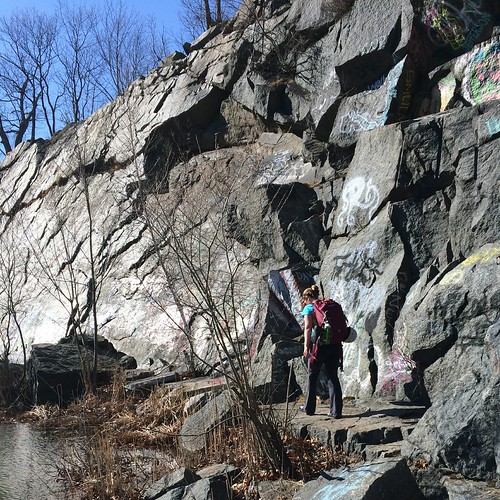 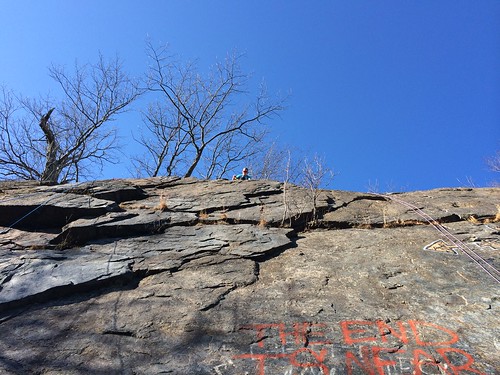 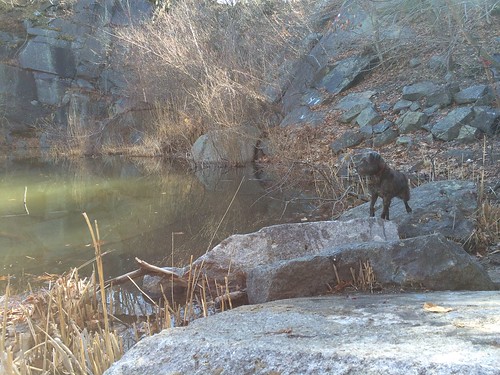 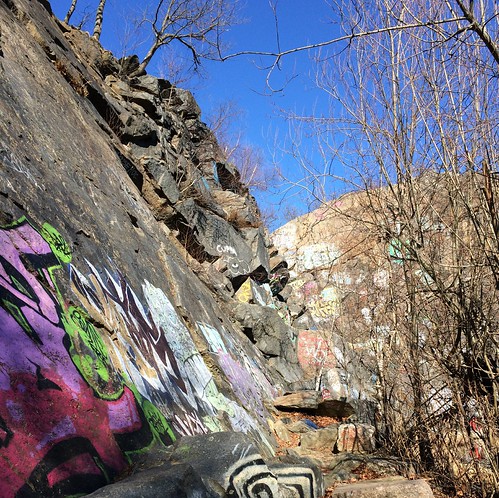 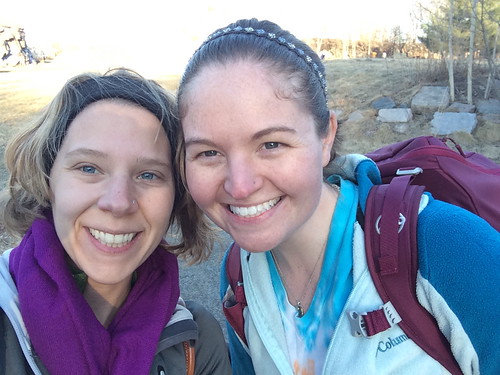 As part of my 30 at 30 list (which I titled My Big Three Oh List) I put “rock climb outdoors”. I haven’t written about it a ton here, but since H and I took a rock climbing class in February, I’m hooked. He bought me a harness for my birthday and I picked up a pair of shoes on discount. Besides the craziness that was April, we’ve gone to the rock climbing gym about 2x per week.

We only know a few people who rock climb outdoors here in LA, and most are men. I have no problems climbing with men (H is a fantastic person to climb with for me personally b/c I trust him, obvi) but there are certain ways of approaching a route that I go after that a guy may not understand. For example, I am only 5 ft tall and therefore have to rely on my flexibility over my actual wing-span to reach certain holds.

It’s important to me that I climb right – I don’t want to pick up bad habits that will prevent growth in skill as I progress. I focus on balance, flexibility and core strength. On routes, technique and intuition guide me.

And now that I’m learning how I learn, instead of just expecting to be good at something immediately, I attention to the skills I want to acquire and mak sure I don’t try to climb routes that are so hard, I feel frustrated and want to quit.

Luckily for me, my colleague Arielle LOVES to climb outdoors and she totally relates. She assured me that my gut-feeling about climbing with men was pretty spot on (again, they’re not being mean, they just don’t have the same body types) and that she would be more than happy to take me out some day.

It just so happened that I flew to Boston for work in April and could come in a day early to go climbing with her!

We went to Quincy Quarries on a gorgeous almost-spring Sunday afternoon. Now an LA native, I was surprised by how bare the trees were still, and a lot of the ground was muddy from recent rain and thaw. There were lots of groups out, clustered around ropes and routes, enjoying the sun and park.

Arielle had all of the gear we needed (including a helmet with a pony-tail space – how cool?) and was confident I could climb a route or two on a wall near the water. She hiked up a wall of boulders, set our anchor and ropes, and we were ready to climb.

Everyone said I would be addicted to outdoor climbing as soon as I tried it – but to be honest, that didn’t happen. It felt like such a different experience that I couldn’t really compare it to climbing at a gym. It felt more relax / less competitive than at the gym. People were laughing, sitting around, a little pup (pictured above) was in and out of the water with a tennis ball. Arielle would try a route and be up there much longer than H & I would be on the wall at the gym, but it was cool – all fun and no stress.

She climbed a route first so I could copy her – and it was awesome to see her climb. There is nothing short of exuberance on this girl’s face when she is outdoors. And she’s super encouraging. When I was climbing, she would suggest good next moves, encourage me to keep going, and just seemed super joyful to be sharing the afternoon with me.

I completed one route and attempted another. We ended up running out of daylight, which was a bummer, because I felt I could’ve stayed there all day. I hope to climb outdoors here in LA soon and to go out with Arielle again on my next trip east.

The whole afternoon felt pretty magical, even surreal, as I was outside in chilly weather, with a colleague (we don’t normally get time as friends, even tho we totally are), CLIMBING a QUARRY WALL. Pretty rad. Can’t wait to do it again.

—
Special thanks to Arielle who, by the way, just returned from a ladies climbing trip to Moab (!!), which just seems insane to me – she’s pretty bad-ass. She recommends you check out her hero, Steph Davis.

3 Comments to “Climbing A Quarry”