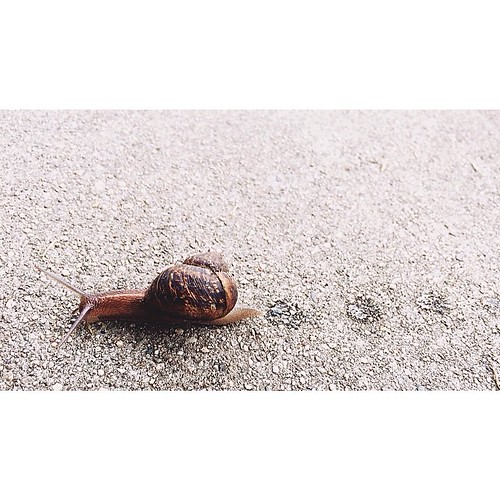 May wasn’t what I thought it would be and by that, I mean, completely steam-rolled by jury duty.

I’d just spent 6 weeks traveling for work and fun, having H’s family in town, and a major DIY of changing the floors in our apartment. I was looking forward to May being a full month at home where I could catch up on both work and personal things.

I knew I had jury duty scheduled the first full week of May, so I cleared my schedule prepared to be there all week.

First of all, listening to people say shit to get out of jury duty is its own kind of hell. They are difficult and say weird things, completely frustrated with each other and “the system”. Each time someone extra defensive was dismissed, I assured myself that at least I wouldn’t have to sit through deliberation with them.

My friend Steve texted me and said that this was an opportune chance to practice all of the self-care practices I’d developed in the past few years. He was right, of course, but that doesn’t mean I liked it. It took every self-care practice I could remember – making sure I got enough sleep, drinking enough water, taking every break the bailiff offered us, not putting sugar in my tea, not indulging in crappy food (like when the only woman preventing us from a unanimous decision brought in Randy’s Donuts. apsht.).

I even wore a temporary tattoo by Kal Barteski to have a constant reminder – this was temporary, we did not have to agree, it wasn’t my responsibility to make everyone get along, and I was OK. (Things I repeated to myself over and over again.)

The first few days of jury selection, I kept to myself, read a book during the breaks, and saw it as a socially acceptable excuse to skip out on real work. An excused absence. I would catch up on email when I returned. It was only a week.

By the third day of jury selection, I took to staring at the pattern of my dress and zoning out.

Then, out of nowhere it seemed, I was assigned to the jury panel, and sworn in so quickly I didn’t realize what had happened. That was it? I was done and now committed to the jury?? WTF.

The actual trial was interesting and boring. Yes, both. I resigned myself to the process – I had no idea how long anything would take or what the schedule was like – just that I had to show up at 11am each day and was allowed to leave at 4:30pm each afternoon. Again, an excellent break from work – I was trying to enjoy this weird doldrum development of my weeks, since I didn’t have a choice. Like Byron Katie says – if I was supposed to be somewhere else, I would’ve been somewhere else.

We were told it would be an 8-day trial but as time went on, different random things happened that pushed it later and later. We started late two different days b/c a juror had a doctor’s appt and then misunderstood what time we were called to show up. We ended slightly early a few days b/c of a lawyer wanting time to share whatever argument they planned.

On and on it went, for 8 days, and on the eighth day we just begun deliberation. My spirit was sinking.

Thankfully we had an amazing forewoman who was able to organize all the info, take charge calmly and quietly, and lead us as a group.

Unfortunately, we had one woman who would never budge on certain issues AND we needed a unanimous decision.

Turns out, I am not cut out for sitting in a room with 11 other people while they argue.

But that wasn’t the hardest part. It was the not knowing how long I would need to be in that room with those people that was the real struggle.

This was the first time I had to show up somewhere, on someone else’s schedule, and do things I didn’t want to do – in a very, very long time.

This was not a relaxing experience.

This was not a positive experience.

But it was an experience.

After the first full day of deliberation –  6+ hrs of sitting in a room and hearing people argue – I came home completely wiped out. Any HSP will tell you this is the sort of day that will break you. My adrenaline ran high, I felt so goddamn frustrated with people in general, and I couldn’t fathom having to do this for more days without an end in sight.

That night H made frozen pizza and we watched The Secret Life of Walter Mitty.  And I slept like a rock.

An LA heat wave struck that week – which made it difficult to be outside on our breaks and seemed to fry everyone’s nerves even more. Burnt. Frayed. Frazzled.

I started jury duty calmly accepting my sentence. I would suffer quietly and productively b/c this is a requirement of being a citizen and I had a duty to perform.

And then as it became more and more obvious this was not the place or the people for me, this was not what I would choose given the option, I started to panic…

I wish I’d found this poem during those two weeks b/c it would’ve helped so much. But instead, I found it the weekend after I was free from my civic duty, shared by Jill.

Because Even the Word Obstacle is an Obstacle
Try to love everything that gets in your way:
the Chinese women in flowered bathing caps
murmuring together in Mandarin, doing leg exercises in your lane
while you execute thirty-six furious laps,
one for every item on your to-do list.
The heavy-bellied man who goes thrashing through the water
like a horse with a harpoon stuck in its side,
whose breathless tsunamis rock you from your course.
Teachers all. Learn to be small
and swim through obstacles like a minnow
without grudges or memory. Dart  toward your goal, sperm to egg. Thinking Obstacle
is another obstacle. Try to love the teenage girl
idly lounging against the ladder, showing off her new tattoo:
Cette vie est la mienne, This life is mine,
in thick blue-black letters on her ivory instep.
Be glad shell have that to look at all her life,
and keep going, keep going. Swim by an uncle
in the lane next to yours who is teaching his nephew
how to hold his breath underwater, even though kids aren’t allowed at this hour. Someday,
years from now, this boy
who is kicking and flailing in the exact place
you want to touch and turn
will be a young man, at a wedding on a boat
raising his champagne glass in a toast
when a huge wave hits, washing everyone overboard.
He’ll come up coughing and spitting like he is now,
but he’ll come up like a cork,
alive. So your moment
of impatience must bow in service to a larger story,
because if something is in your way it is
going your way, the way
of all beings; towards darkness, towards light.
Alison Luterman

So, I hope that when the next thing blows me off course, I am able to adapt and understand and feel it and move through it anyways. That I am able to bow in service to the larger story, even if I don’t know what that is.

So many positive things came out of those two weeks:
– Absence from work, which gave me courage to revamp how I work
– Ideas about how to change my work
– Great conversation with another juror who told me to be a life coach (basically out of nowhere)
– Another juror who likes to hike and invites me to things now (tho I haven’t been able to attend)
– A good story to tell friends
– A nice little test of the work I’ve done for me the past few years
– Hearing some very cool family stories of another juror
– A drive to create more since I have such limited time
– A drive to create another stream of income b/c clearly I am not cut out for working on someone else’s schedule on projects I do not like.

Sometimes life is hard and sometimes it sucks and sometimes sitting in a jury box feels like the worse thing in the world. And sometimes the frustrations of not having things our way helps us reframe how we’d like things to be. Because if it’s in my way, if it’s in your way, it’s going our way… the way of all things… towards darkness, towards light.