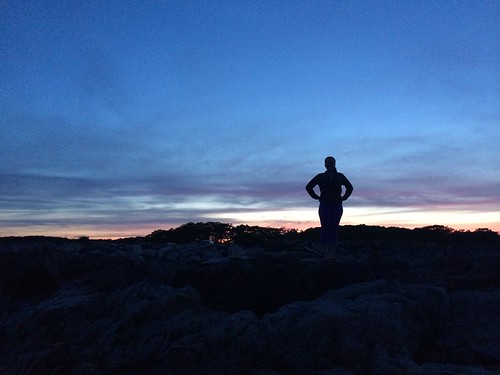 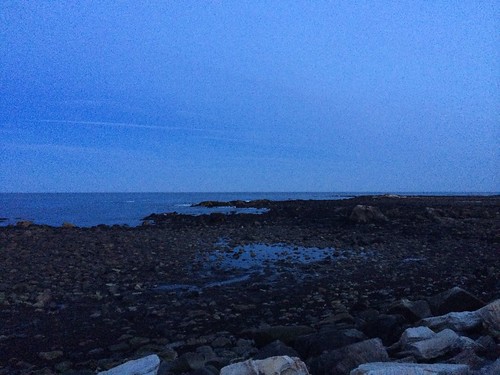 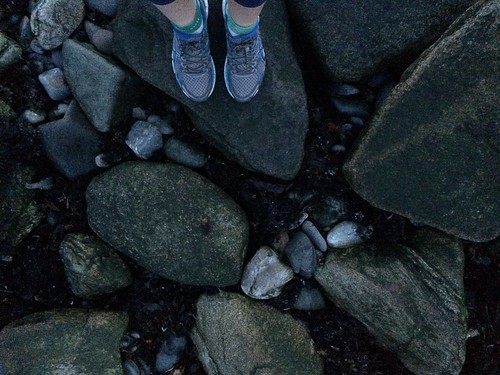 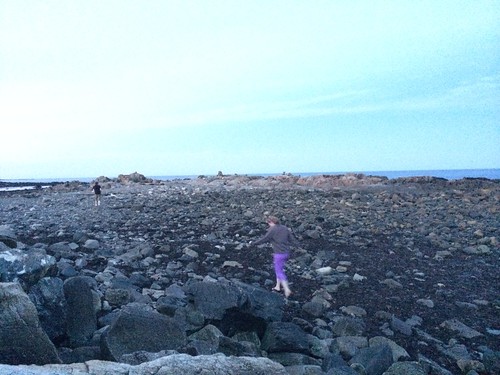 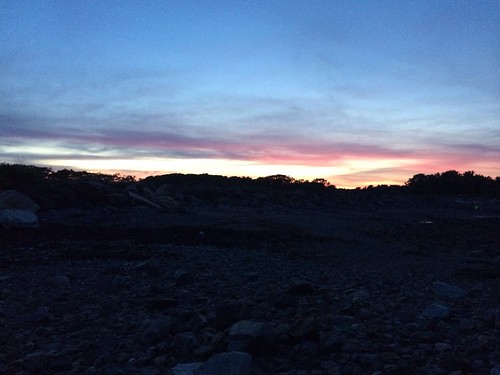 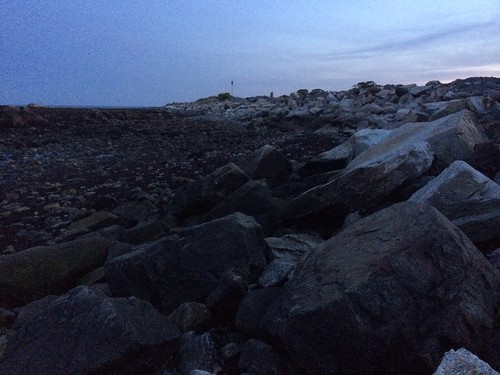 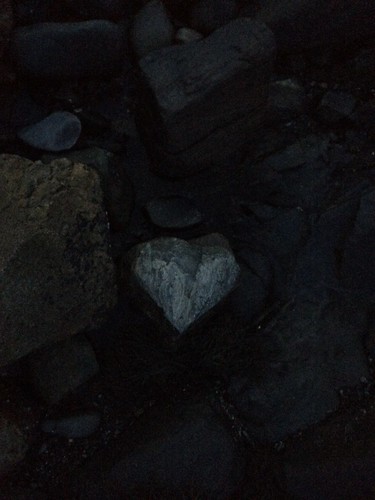 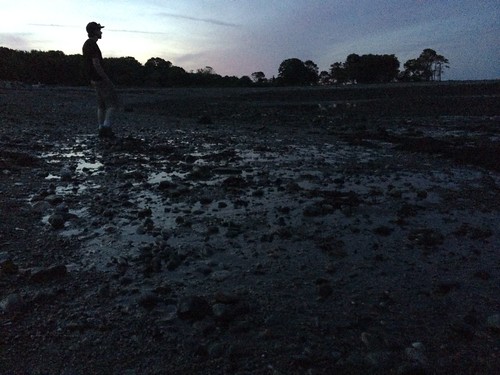 On Sunday, after a full day of rock climbing, my friends took me to the New Hampshire coast so I could see the ocean. It was exactly the way to end this perfect summer day.

The sun had just set, so the whole beach was cast in a dark gray glow – the kind that makes me think of slate, and castles, and deep waters. We walked out onto the rocks, but cut back up the beach when we realized how much the ground was really just a bed of seaweed. The tide was as far out as can be. It smelled like salt water and seashells and wet sand. We stepped with careful feet, so we didn’t crush any of the thousands of snails nestled in the shallow water. I picked up their empty shells and slipped them into my pocket. The little tunnel of a home void of an animal anymore, just specks of sand and sea water filling it now.

It was cool to hear one friend talk about how he visited this beach as a kid – it’s the main beach for grade school field trips. I love how coastal town living is ingrained in me and my friends. That rocky beaches are the norm. That we’re used to the jagged coastline of the east, large sediments left behind by glaciers, instead of the pure, sandy beaches of the west.

I asked if they ever visit in the winter. They said no. I felt it would be such a perfect beach for those shorter, darker days, with snow covering the earth. Where the wind whips off the ocean like a cutting blade.

Walking the gravel brought my heart right back to New England – the cold winters, the lush summers, and the ocean. Always, the ocean.