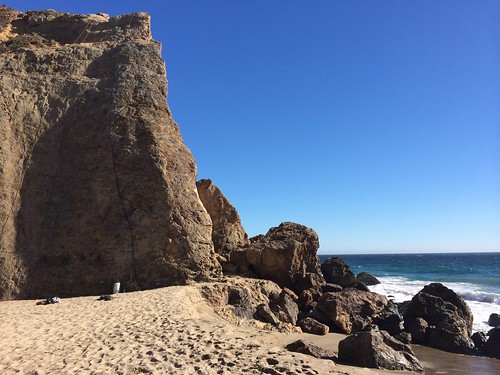 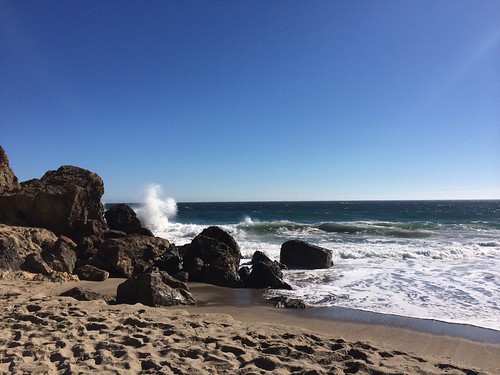 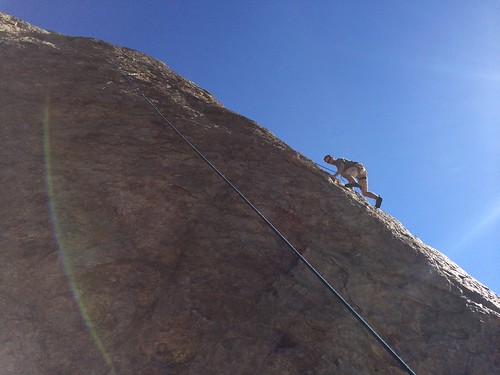 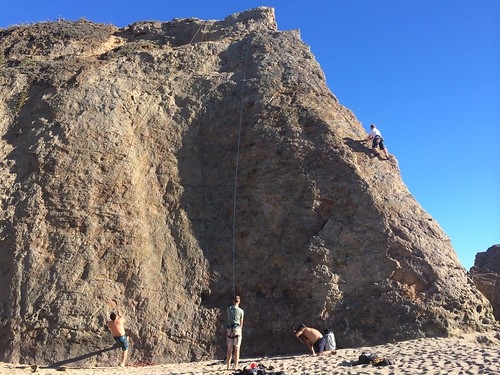 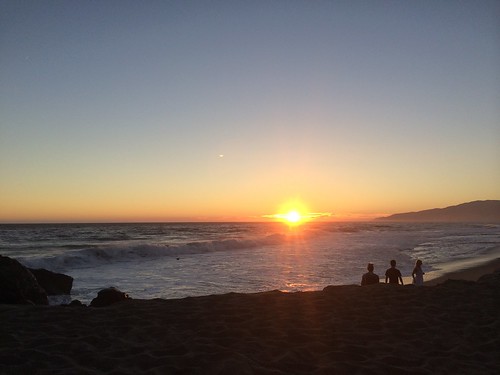 People throw around things like #sograteful and there is a Thank You chain-letter of postings going around on Facebook (of which my friend Steve’s are actually amazing to read). And I know it’s hard to be happy when you’re in a bad spot – arguments with a boyfriend, a manager who isn’t very nice, not being able to pay your bills. Whatever.

But I’ve found that each day, life presents us with tiny opportunities to actually live.

Rock climbing is something I thought I wanted to do, but it wasn’t until H signed us up at a class 6 months ago that I actually tried it. So it’s kind of mind-blowing to me that last week we climbed Point Dume, an ocean-side cliff.

Of course it wasn’t perfect. Traffic was stupid getting there. The wind was whipping sand in our faces, piling in our stuff and our ears. The setting sun was blinding on some parts of the route. The wind made it impossible to hear each other. The waves were raging due to a storm surge. And the view + wind made the whole climb much scarier than it should’ve felt.

At one point, I was singing to myself, to focus my mind on the next move right in front of me. (If you start looking at an entire route, it can get pretty daunting.)

But I would be an idiot if I didn’t say this was one of the best freakin’ ways to spend an afternoon.

As we packed up to drive home (to pack up and travel to a wedding weekend), I told H and his friend we were climbing with – that we are some lucky human beings to be outside on a Thursday night, at the ocean, climbing rocks. You just can’t beat that.

So if you don’t mind, I think this is an entirely appropriate time to write #blessed.