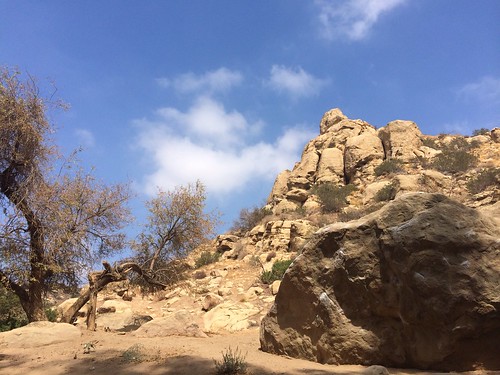 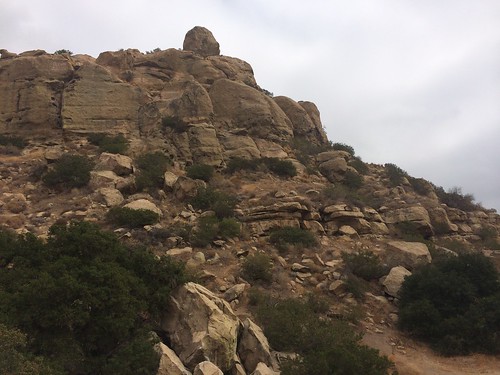 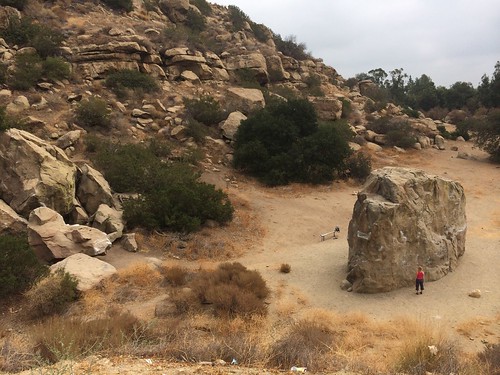 This weekend, we spent both Saturday and Sunday at Stoney Point Park. It is as awesome and as ghetto as the reviews online say.

It’s a rock-cropping right along a freeway, with tons of bouldering, rock walls, trails and caves. But it’s also covered in broken glass, dust and spray-paint. H said it was considered the original climbing gym of LA climbers back in the 70s, y’know, before there were actual fancy indoor gyms.

Lately, H is climbing Point Dume once a week and learning to secure his own top ropes. He was excited to climb outdoors this weekend on his own. We went to Stoney Point Saturday on a whim, on what we joked was a recon mission, just to check it out.

It was hot, dusty and busy. We saw a few teams of people climbing and a few single people bouldering. We took Carter with us so he’d have some exercise as we’d been out late the night before and had plans that evening. He was not too pleased with our plan, but it turns out, he’s so adorable, that people are willing to chat with us just to pet our dog. That worked out really well b/c we spoke to two different guides who told us the routes they were on and other info about the walls. 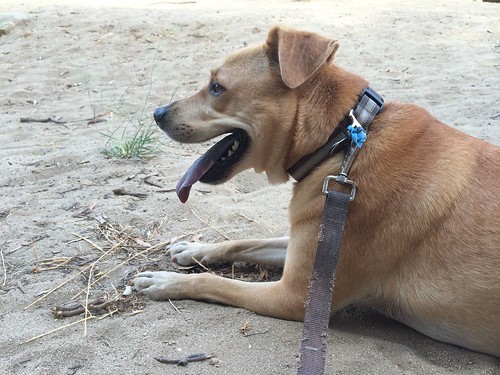 Sunday we got up early, packed up our stuff (new rope, cooler, water, shoes and harnesses) and drove up again. We picked up our friend T who wanted to join.

When we got there, we totally lucked out b/c the main wall we wanted to climb, Mozart’s Wall, had two groups on it, but only 6 people total, 4 of which were just learning to climb outdoors. It was the perfect opportunity for us to practice outside and for H to practice setting top rope anchors.

I was able to climb the Far-Left route, which is listed as a 5.8 in Urban Rock and H was able to get up Center Route, a 5.9 with guidance from one of the other climbers. We didn’t get a ton of climbing in, we each did about 1.5 routes, but it was a successful day.

It’s been 7 months of climbing for us. H really needs to climb outside now as he’s hit a plateau at the gym. For me, each day I climb anything, I get better.

You really can not beat this life. xo 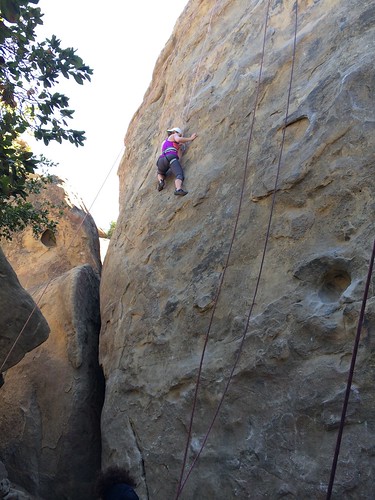 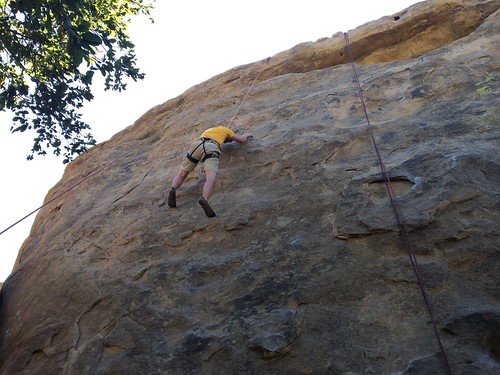 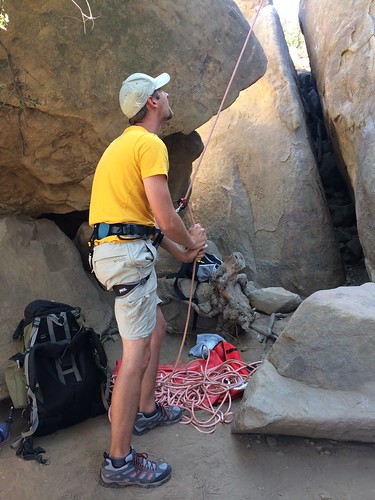 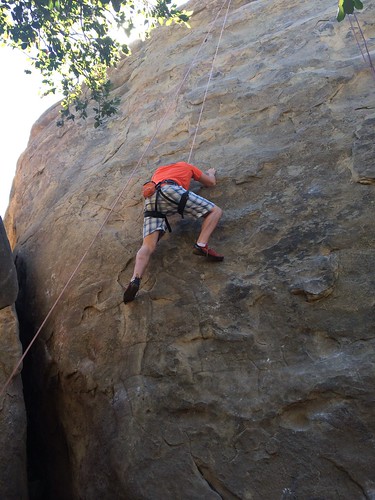