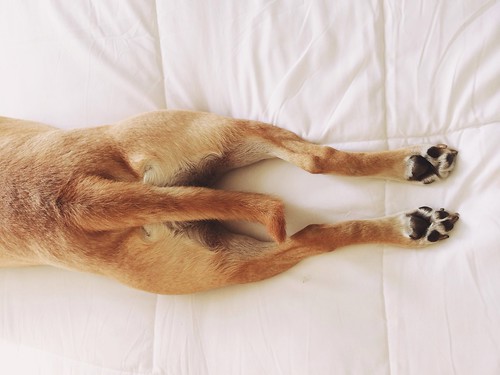 Jill on trusting in basic goodness:

I am already whole, all of us are — this is basic goodness. I am not a problem to be fixed, or a project to take on, and neither are you, nor anyone else. You are not — no matter what advertising, religion, culture, or that little meanie with sharp teeth that lives in the dark might say – you are not basically bad, you are not unworthy or unlovable.

Lindsey on Parenting as an introvert / Parenting as an extrovert – knowing that my introversion affected the dynamic within my nuclear family growing up, and is something I navigate often within my relationship with my sister now as adults, I am keenly aware this will continue to be part of who I am as a mother:

My introversion and natural shyness surely means many things for my children, good and bad. I worry that the bad outweighs the good, that my lack of outgoingness and my struggle to include other people in our life sacrifices something important for them. All I can do, though, is be the best version of who I know I am. All I can do is swear that I will keep trying to open up—myself, our home, and our family.

The Barefoot Contessa is every piece of Long Island I wish my life could be, wrapped in a clean and calm cooking show. So naturally, I found this drinking game to be hilarious.

Ani Difranco is one of my creative heroes. Reading this interview was like sinking back into my 15 year old self, except that now Difranco is speaking about babies on top of feminism and songwriting. We’ve both come a long way.

Difranco talking about her new album “Allergic To Water” :

Yeah, I mean that sounds like a cool way of interpreting it. I guess my particular way would be that everything that is worthwhile and in fact necessary, what sustains you and gives you life, is also painful. And often the most important things are the most painful. I think the reason I chose that song to title the whole record is because that feeling, I noticed, comes up a lot in the record. It was just that kind of year for me, or couple years.

A tad late, but I am becoming more and more a person who wants to have a spiritual Halloween (or New Years or Valentine’s Day) and be much less about drinking beers in bars. Reading more of thenuminous.net may be the right way in.

My obsession with Jimmy Eat World continues (saw them perform again last week, blog post coming). And if you have an obsession, the Internet is right there with you, helping you along. This candid interview with Jim Adkins is delightful, minus Matt Pinfield’s aggressive chatter.

Returned from Boston last Thursday evening, after a very pleasant JetBlue flight. The trip felt long, probably b/c I was visiting friends the weekend before I worked. And I never seemed to switch time zones, so extreme sleepiness would hit around 3pm each day, and then I’d feel wired around 11pm.

This trip feels too big to write about (though not much happened). I’m going to steal a template from Amy Tangerine to see if I can cover it all…

Digging: Boston in the summer, a run along the Charles river, staying at a friends house (house!), getting to dance to Tom Boates Everybody, traveling alone, using said friend’s Keurig, daily workouts (even if they were short), seeing friends, and walking back to the hotel along my old “commute” that I took from my South End apartment to college.

Not digging: the culture of my workplace. There are some really cool people and then some not-so-cool people. Turbulence on the flight home. Humidity.

Eating: bacon-wrapped figs, a bucket of mussels, catered food for work meetings, a bagel with lox, chinese food, an entire order of nachos myself, sushi and salad.

Watching: I was bad and watched a marathon of the Real Housewives of Atlanta on the plane ride home. Plus the movie The Ant Bully. Neither were great, but at least it made the flight feel fast.

Wearing: all of the cute dresses I own now from being styled, plus a new one that I love.

Reading: Made To Stick (for work)

Feeling: overwhelmed, wired but tired, good overall. Nostalgic, but also so happy that we live in LA.

Weather: 80s, humidity and general mugginess. Felt like I was underwater the last day. Definitely August on the east coast.

Wanting: to spend more time with my awesome coworkers and a girlfriend who is moving to Chicago.

Needing: sleep! I experienced some manic jet-lag and hardly slept the entire trip.

Thinking: my new boss could be the best thing to happen to my department in a long while. I want to create cleaning and meal plans for the apartment.

Wishing: it wasn’t back-to-school so soon. That H and I could visit Boston together.

Hoping: it’s nice, crisp fall weather on my next work trip. And that my new boss ends up rocking the house.

Enjoying: spending time with my good friend, who moved from LA back in December. Just getting time to chat with her, napping pool-side in the sun and dancing all night with her was awesome.

Loving: how my friend’s pup put her little paw on me, like she didn’t want me to leave. Recording video footage with a coworker and our dynamic duo performance. The entire day of Public Narrative workshop.

The workshop was, by far, the highlight of the work aspect of my trip. All of my non-work time was just phenomenal – I’m lucky I get to hang out with such awesome people.

Saturday night we met some friends for dinner and drinks at Beer Belly. This is my kind of place. The food was extra delicious and the beer was local (Craft Beer and Crafty Food is their slogan) The ambiance could be improved, but we had a nice corner table and enough room for 7 people.

The top pic is my beer with my sister’s. I had the Heavenly Hefe (yay $4 happy hour price) and she had the French Toast by Craftsman Brewing Co. For dinner I ordered their Fontina mac & cheese (major craving for m&c while I was in Boston) and H ordered the Defibrillator. Everything was delicious. We topped it off with friend Oreos.

Located in Koreatown, it’s not the easiest place to get to – you mostly have to take surface streets. We hit traffic even at 5pm. Parking was OK but I imagine it’s randomly difficult. I would love to go back, but we probably won’t for a while. I imagine if I’m ever pregnant though, this is the food I’ll be craving.

Cheers to your weekend. It’s always good to skip out of work just a tad early to meet H and his coworkers (teachers) for some happy hour drinks. Good times. What a great way to close out this week.

Next week is going to be a tad crazy, and it kicks off 5 weeks of events & traveling. Until then, I’m going to enjoy the weekend. Woop.

Almost every October, my parents travel to Vegas to celebrate their anniversary (31 years!). Since I’ve lived in LA, it’s become a nice interim visit for us between summer and the holidays. In theory.

In reality it’s a weekend where I follow them around as they gamble, I drink too much, eat too much and don’t get enough sleep. It is exhausting, wears me out and I never seem to get quality time with them anyways.

This time my brother and sister both made it in. That helped. We were a four-some and could ban together to do our own thing as my parents were sucked into the blackjack table’s siren song. Let me repeat before the next paragraph: hanging out with my siblings is awesome.

While I do love seeing my family, this is not the trip for me. This year I think I’ve had enough. Our flights were delayed both ways, we were charged a “carry-on baggage fee” (Spirit Airlines sucks) that never popped up during check-in (wtf?!), I lost $60 on roulette, I drank so much I almost threw up, I had terrible heartburn, ate pizza 2x in one day, ate meals in the room (no delish buffet) and we split a bedroom with my siblings (my bro snores). Worst part, there is hardly any “quality time” with ones parents when they’re gambling. They don’t mean to be this way, I understand, but my take as of now is: can we plan a family vacation to another location…?

“If I get to sit by the pool, I’ll do a shot of tequila” I told my sister and H. I hate tequila. It makes me black out. I just said it because I knew lounging by the pool would never happen.

And I could really use that type of vacation right now.

Oh and for each time I was frowning, we’d joke “take a shot” so… go right ahead.