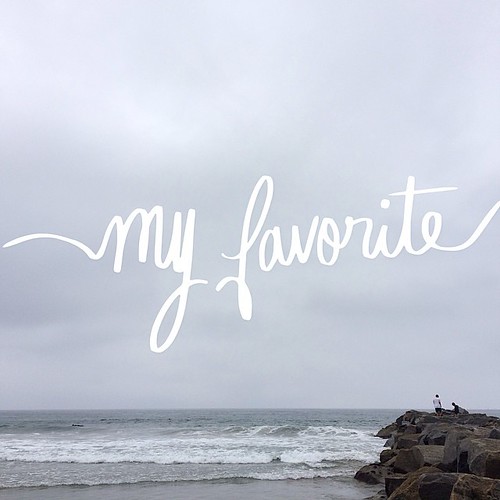 I’m off this week in Newport Beach with my parents, celebrating the 4th. It’s the first time all year that being out of the office = actual time off. All the other days I was traveling or running around with people – basically, not relaxing.

This morning had a similar start where I had a work call reschedule, then cancel, emails to go through and people who think they need my attention… and after 30 min of that, I decided I was done and unplugging from work completely the rest of the week. It will all go one without me. My work is not my worth.

A helper in this is that the wifi at the vacation home is sucky and basically a waste of time. So I wanted to post a quick hello here, to update you on my absence and also welcome in July.

Despite the lack of internet, I’m writing blog posts and (hopefully) coming up with a bit of a schedule. I have so much to share but I just don’t get around to it. Working to change that.

After the work crap this AM, I took myself down to the beach – walked the wet sand, shot a few photos and felt the humid, salty wind on my face. The ocean. The month of July. They really are my favorite.

Hope you’re off to a great summer-time. xo

I wanted to create a list of things I wanted to do in my 30th year*, without melting under the pressure. All about lowering the bar lately, but I jotted down a bunch of stuff one evening last week, and it all felt good. So, I figured I’ll go with it and see how it all ends up. I’m sure it totally helps that I’m sharing this on the Pisces new moon xo

The month of high-pressure events, networking and hustling is over. And even though I’m exhausted, I survived, remarkably better than previous years.

I welcome February, my birthday month, with open arms.

I took yesterday off and spent it devouring The Goldfinch, biking with Carter, and talking with a friend at a marathon lunch at the library cafe.

Today we’re headed to see the Flyers play the Kings and I’m hoping the rest of the weekend (and the month) involves a lot of much needed rest. xo

Sending out a big welcome to 2014, though I’m not as good with the whole “fresh start” as everyone else on the interwebs seem to be.

I’ve realized there is a transitional phase to the years for me. It takes so much for me to process what happened in a year and writing long lists of goals whilst high on a double latte just set me up for disappointment before MLK’s birthday.

December brings an upswing in my career ambitions, the holidays take a lot of energy (I mean, boatloads, people). Not to mention, every January I have to run the largest (aka most stressful) event of my paid job, which makes the whole month pretty much a rubber-band ball of anxiety. No wonder I usually feel a bit behind as the new year starts off.

Our holiday travels were full of family, and I’m so grateful for the time with them. However the trip also involved no sleep, very little in healthy foods, and a head cold for both of us (his hit while we were still at my parents’, mine is just settling in today). Also grateful for the extra week off since we’re on school schedules, but it’s zipping by.

I’m left feeling like I can’t get enough downtime, even though I just had two weeks off from work.

With that said, I’m taking solace in the new year’s moon that just graced our world. In fact, it’s a goal of mine this year to pay attention to the lunar cycles. And as Ezzie says: If you’re having a tricky time of planning your intentions for 2014, or if you feel that the year ahead seems overwhelming in its magnitude: rest assured, it’s not just you.

Well, thank goodness. Because 2014 could be summed up as “overwhelming” even before it started. Our calendar is booked through Christmas, H is adding another professional leadership item to his schedule, and I have more events and hopes for launching things than the past two years combined.

So for the rest of the weekend, I’m working on Unraveling 2014, my INFJ business class, and digging into the first installment of Ali Edwards’ One Little Word class.

Happy new year to your and yours. Don’t put too much pressure on yourself to figure it all out this week. You have the next 365 days to reach whatever goals you’ve set. And you’re probably right where you need to be.